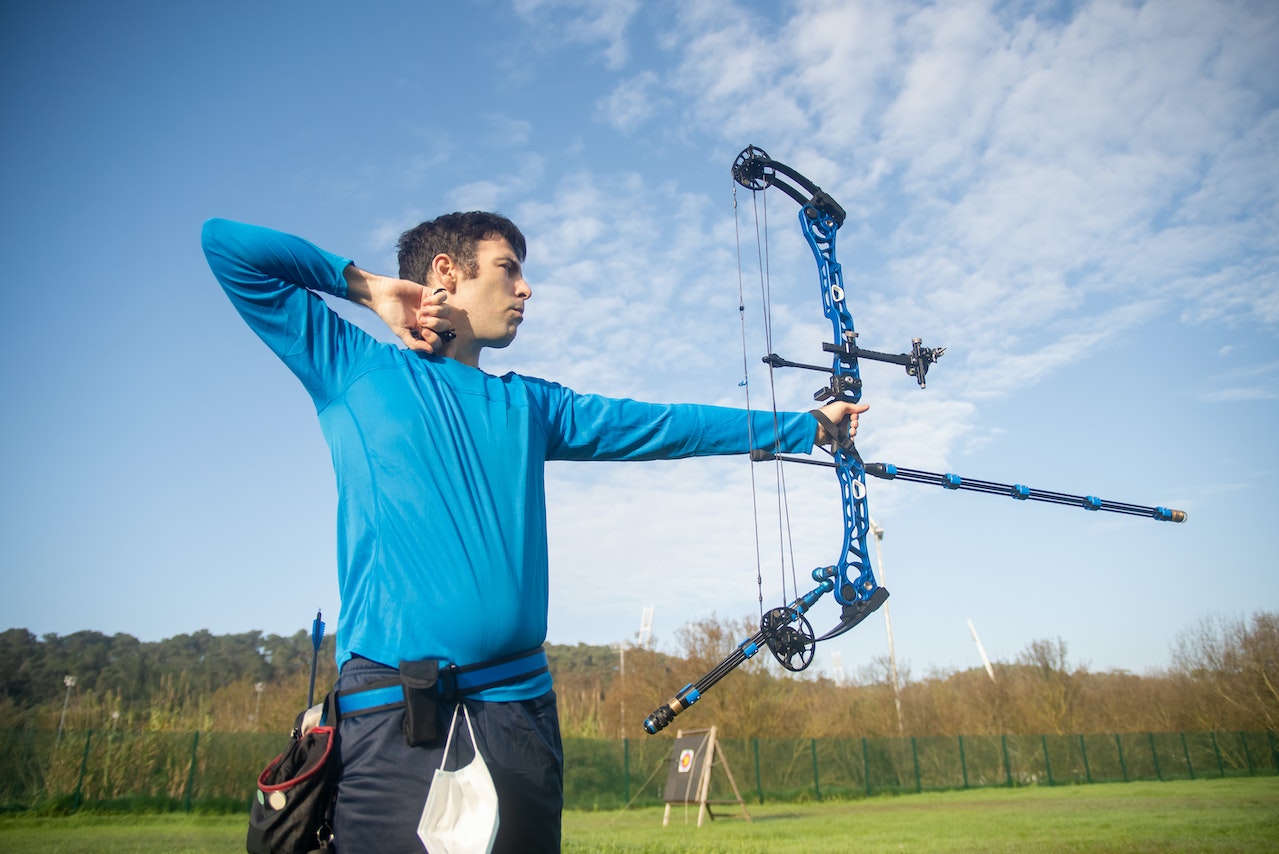 Dry firing is the practice of shooting a firearm without any ammunition. In reference to a bow, it’s when you fire without an arrow. Although, it can be a little more complicated than this (we’ll talk about this later).

Dry firing is generally undesirable because it can cause a considerable amount of damage to the bow and even shatter it. For this reason, you should never attempt to shoot without an arrow or with an arrow that is too light.

What Happens When You Dry Fire A Bow?

The way dry firing works is fairly simple. When you draw your bowstring, a lot of energy is stored within the limbs of the bow as potential energy. Therefore, when you release this energy is converted into kinetic energy and then transferred out of the bow to the arrow.

What happens when you dry fire a bow is that does transfer of energy does not occur. Instead, the energy travels through the limbs of the bow.

Is It Bad To Dry Fire A Bow?

When you dry fire a bow, there is no arrow to absorb all the kinetic energy. Therefore, as a result, all the energy goes into vibrating the bow itself. This shock is fairly strong and it can cause the bow to shatter or delaminate. Delaminating is the process by which the bow’s material cracks and divides into very small pieces.

What Should I Do If I Accidentally Dry Fired My Bow?

Of course, for safety’s sake, never dry fire a bow on purpose, but if you did it by mistake, here’s what you should do.
Immediately, and I mean immediately, check for any cracks before it is drawn again. Don’t wait to do this or you may forget, then get hurt the next time you try and shoot with it.

If you shot with a lightweight bow, you and your bow might be okay, but a more powerful bow will more likely be broken or at least somewhat damaged.

Can A Bow Survive A Dry Fire?

Technically, yes, some bows can survive a dry fire. However, just because your bow wasn’t damaged the first time, this isn’t something that I would keep doing. In fact, your bow may not seem like it was damaged, when in reality its internal structure was compromised.

Therefore, if you ever dry fire a bow, whether accidentally or on purpose, you should always do a thorough inspection. The last thing that you want is for the bow to shatter in your face and this is something that is very possible.

Can Shooting A Lightweight Arrow Be Equivalent To Dry Firing?

You may be wondering: what if you have an arrow so light that it isn’t able to fully absorb the energy from the bow? That’s a good question.

The answer is simple. If an arrow has so little mass that it takes only a little force to accelerate it, then the arrow will not be able to absorb sufficient energy from a bow of higher poundage. As a result, shooting with this arrow will effectively be as damaging as shooting a true dry fire.

What Is The Point That Separates A Dry Fire From A Normal Shot?

This brings us to another question. At what point does an arrow have enough mass to take energy sufficiently? For every pound of force the limbs produce added to the draw length, there’s a minimum weight of arrow that needs to be used. If you have a bow with more poundage, you will need a heavier arrow. Anything under this weight will effectively be a dry fire.

So, how can you find this perfect number? To understand this, you must first understand the idea of grains per pound, otherwise known as GPP. To calculate GPP, you have to take the total mass of your arrow and divide it by your holding weight.

What GPP Do You Need For Your Arrow?

Sometimes, archers need arrows with more or less momentum, depending on what they are doing. For example, a hunter would need more momentum than a target archer, because they need an arrow that is able to penetrate prey.

For this reason, hunters usually use arrows with a GPP of 9 or more. Target archers, on the other hand, use a GPP that is about 7 to 8. Luckily, manufacturers will usually specify the minimum GPP that you should use with their equipment. And, trust me, I would not go any lower.

How Can I Increase The Weight Of My Arrow?

This is an easy fix. If your arrows are too light, you can increase the weight by adding a point to them. Here’s how you would calculate the extra weight.

For example, I shoot a bow with a holding weight of 30 lb with 27 inch arrows that are specified at 8 grains per inch and have 30 grain points on them. The calculations are as follows:

To use them for hunting, I would need a GPP of 9 or more. Therefore, my arrows are an acceptable choice.

How Does The Arrow Protect The Bow Limbs?

This is not a question of dry fire and not dry fire, but rather, it is a continuum.

When the bowstring is released, force is applied to the nock of the arrow, which causes it to rapidly accelerate forward. After which, it slows down.

But what happens when the bowstring moves towards its brace height, or rather, its resting position? The string, which doesn’t stretch, stops the limbs suddenly and the arrow detaches itself because of its momentum. The faster the arrow accelerates, the faster the limbs are travelling when they are suddenly brought to a complete stop. This is what causes the shock and, if it is strong enough, it can damage your bow. Of course, bows are designed to handle this shock, but only within reasonable limits. Anything over the minimal GPP has the potential to break your bow.

3 Best Broadheads for Turkey Hunting in 2022