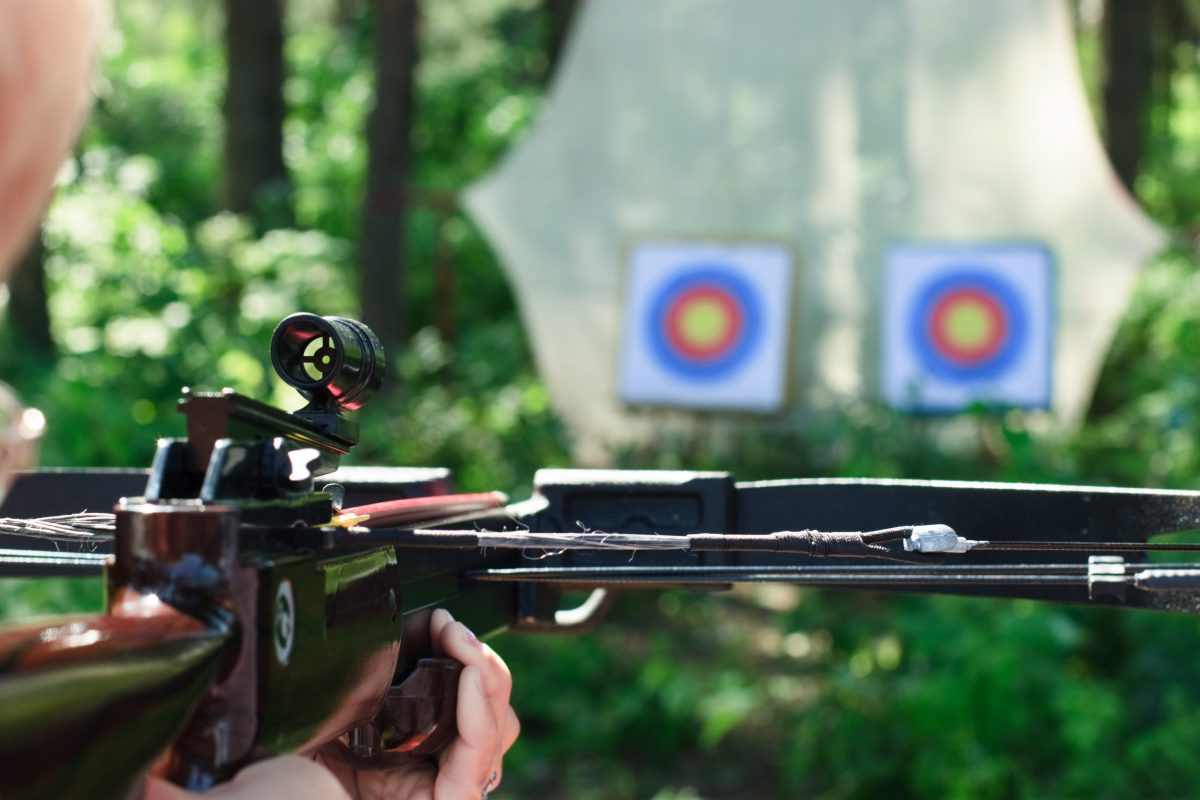 Many still wonder when the crossbow was it invented, but the truth is that it’s been around for centuries.

To put it simply, the crossbow was created in East Asia in around 500 BCE. Its true origins are unknown, but despite this, the crossbow remained a powerful weapon for many centuries to come. Widely revered by many cultures, the crossbow has never completely gone away.

What Is A Crossbow?

A crossbow is a weapon whose design was inspired by the bow. It has a horizontal, bow-like assembly that is called a prod. This is mounted on a stock. Crossbows have been around for centuries and have been used for a wide variety of purposes. From hunting, to warfare, crossbows have been used to shoot projectiles, usually called bolts, at enemies or game. 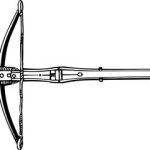 When Was The Crossbow Invented?

The crossbow was invented in East Asia, though, exactly where is unknown. Most archaeologists and linguistic evidence suggests that it was most likely invented somewhere in Central Asia in around 500 BCE. After this, the technology is believed to have spread to China. However, too few records have left the origin of the crossbow a mystery with its creator being unknown as well.

Why Was The Crossbow Important?

Centuries ago, the crossbow revolutionized warfare and took weaponry into the new era. This new technology was simple and cheap to replicate. It was also not as physically demanding, so any soldier could take it upon themselves to learn it. In comparison to the bow, where you needed years of training, you can learn how to use the crossbow in a matter of weeks. The crossbow brought deadly weapons, with ranges of up to 650 feet, into the hands of the common folk.

For this reason, the crossbow became popular across many places in the world. The technology spread from Asia, to the Middle East, and then to Europe by the medieval period.

How Was The Crossbow Used In Warfare?

Early crossbows had a firing mechanism that looked complicated to foreigners, which made them nearly impossible to replicate. It also made it really difficult to understand how they worked, which effectively reduced the chance with a crossbow could be copied by unfriendly civilizations. In fact, the crossbow was so advanced for its time, that China passed a law in around 200 BC to prevent people from taking them out of the country. They feared the enemies would replicate their design.

Ironically, the crossbow wasn’t actually created as an instrument of war. Rather, it was intended to be a peacemaking device. It was believed to be created to stop the fighting that was occurring near the end of the Zhou dynasty. Back then, people believed that if anyone appeared with such a strong and powerful weapon, then surely everyone else would stop fighting and obey those with crossbows.

Obviously, this didn’t work out. Crossbows and trigger mechanisms were eventually mass-produced and used for more deadly purposes. They became so popular as weapons that in about 157 BC, a prince by the name of Liang Hsiao Wang armed over 50,000 men with hundreds of thousands of crossbows. Some of them were even so massive that multiple people needed to work together just to get them ready.

Of course, as time went on technology got better. In the 11th century, rapid-firing crossbows became more prevalent. These new crossbows could fire 20 arrows in less than 15 seconds.

What Were The Disadvantages Of The Crossbow?

While crossbows were extremely advanced for their time, they still weren’t perfect. In battle, they were slow to reload and those that manned them were usually never properly defended. As a result, many crossbowmen died quick deaths in close range.

Moisture was also another problem for crossbows. Back then, bowstrings were not made a material that could be used when wet. As a result, rain and snow often became a major problem since crossbows could not be unstrung as easily as more traditional bows.

In fact, in the Battle of Crecy in 1346, 5,000 Genoese crossbowmen were rendered useless when it began to prain. Their crossbow strings became soggy and unusable while the English longbow archers were able to unstring their bows and store them away properly.

During the Battle of Crecy in 1346, a rainstorm rendered the bowstrings of the 5,000 Genoese crossbowmen hired by France soggy and useless. The English longbow archers, on the other hand, remained unphased by the damp weather. And when the weather cleared up, they were able to defeat the now-defenseless Italians and Frenchmen.

When Did People Stop Using Crossbows In Warfare?

Naturally, as people saw what crossbows could do, many began to fear that they would be used to overthrow those in power. Eventually, the Roman Catholic Church banned the use of crossbows in warfare in 1096. The reason for this ban was that they valued the social stratification that was common throughout Europe. The crossbow was seen as a serious threat to the social elite, because any poor peasant could kill a high-born knight without any formal training.

This ban contrasted warfare in China, as the Chinese still continued to use crossbows in battle until 1895.

How Do Modern Crossbows Compare?

Today, modern crossbows are usually made of metal and are super lightweight. They aren’t used in warfare as much, but more for hunting purposes or for target practice at archery ranges. But, this doesn’t mean the elements from ancient bows aren’t used today. In fact, we can still find a modified version of the trigger found in ancient Chinese crossbows in modern handguns.

The Beginner’s Guide to Squirrel Hunting

Do Crossbows Have Recoil?