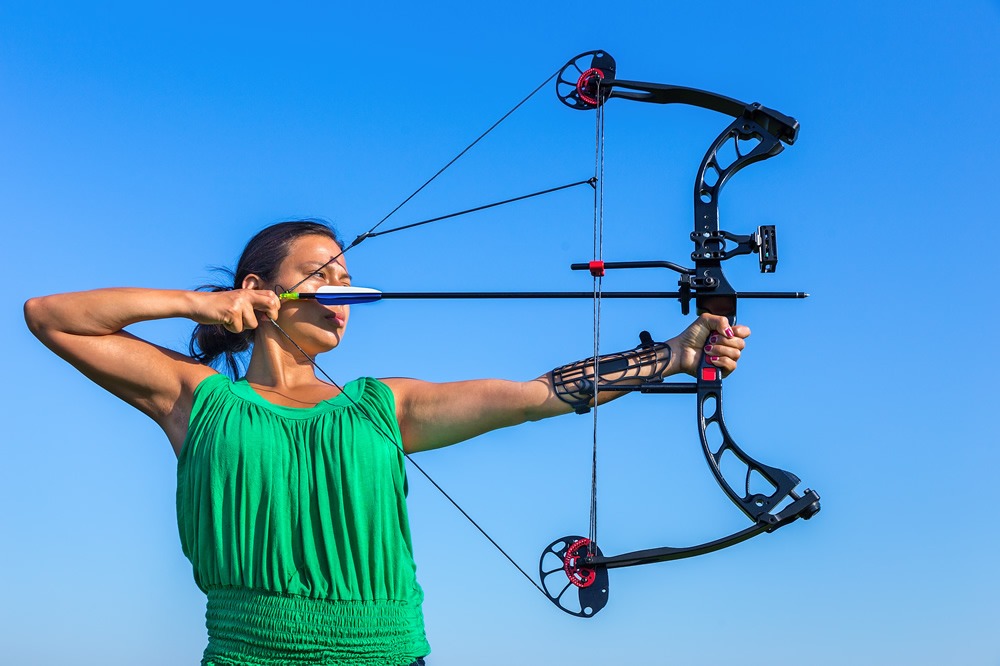 Bows and arrows have been used for centuries for a variety of reasons, but exactly how fast does an arrow travel? Unfortunately, there’s no such thing as the “average bow”, which makes it impossible, or at least very difficult, to find a standard that applies to all bows. The answer simply depends, because there’s so much variation between different types of bows. Even bows from the same culture can be widely different across regions and new technology has rapidly allowed the production of more innovative and powerful designs.

With this in mind, arrows can typically be estimated to fly at a speed between 100-300 feet per second. The speed of the arrow can be influenced by many factors. For example, even the same bow can fire at vastly different speeds.

How Is The Speed Of An Arrow Measured?

Bows are usually measured in FPS, otherwise known as feet per second. When purchased, most bows give a rough estimate on their packaging of how fast you’ll be able to shoot with their product. Of course, it is only an estimate. The company that created your bow may have shot under ideal conditions. For example, they may have shot with a 70 lb draw, while you only use a 40 lb one.

Does An Arrow Travel Fast Enough To Be Dangerous?

Yes, depending on the type of bow used, arrows can hit with a force of over 50 lb. This is enough to take down a large animal, such as an elk or black bear. Therefore, it is especially important to be careful when shooting.

What Are The Factors That Influence How Fast An Arrow Travels?

The things influence the speed of an arrow are:

The heavier your draw weight, the faster your arrow will go when you fire. Effectively, the draw weight measures how much potential energy you will need to use to pull back the bowstring. It also can give a rough estimate of how much energy will be transferred to the bow from your body and then from the bow to your arrow.

If everything else is the same, a higher draw weight will make an arrow go faster than a lower one.

Another thing that determines how fast your arrow will go is your draw length. Think of this way: if you were to pull back your bowstring, with your arrow, by only an inch and let go, how far would it go? Not very far, I’d imagine. Now think of the same situation and pull your bowstring and arrow as far back as you can. Assuming the correct form, it’d go much farther, right? Usually, the farther back you pull, the more energy the arrow will have and the faster that it will be.

Another factor that affects how fast an arrow travels is the trajectory with which you shoot it with. Generally, the faster your arrow will travel, the flatter its flight trajectory will be.

Bowstring material also plays a role in how fast the arrow moves. The weight and type of material that you choose can either make your arrow go slower or faster. A stretchier, more elastic material will usually increase the distance that your arrow travels by a few feet per second. The weight of the string of self can also impact your shooting FPS. Keeping the weight of the string as low as possible, especially at the center, can make a world of difference and increase your speed by over 3 FPS.

Not only will the type of bowstring used affect the speed of the arrow, but the design of the arrow will too. Logically, heavier arrows will not travel as fast because the bow string has to pull more weight. The fletching on an arrow will also play a part in how it moves through the air. Therefore, for maximum speed, one would need to invest in more aerodynamic and lighter arrows.

In addition to arrow design, lubrication is also something that should not be forgotten. Overtime, the parts of a bow will wear down and slow down the speed at which the arrow travels. Therefore, make sure to keep the wheel bushings and axles lubricated for a few more FPS. In addition to this, make sure that your cable guard rod and slide are well-taken care of.

Of course, there are a few things outside of your control that can negatively affect the velocity of your arrow. Harsh weather conditions such as rain or snow can cause your arrow to veer off track. And unfortunately, there’s not much that you can do to affect the speed of your arrows and these situations.

How Fast Will Arrows From My Bow Travel?

A bow that is advertised to shoot at 250 FPS will fire an arrow with a speed of 250 feet per second. However, this is only true for point-blank range and depends on the factors above. As your arrow reaches your target, it will slow down.

How Does The Speed Of An Arrow Compare To That Of A Gun?

While most arrows time to fly somewhere between 100-300 FPS, slower guns tend to shoot at around 400 FPS. However, this can vary and there are some guns that shoot even slower.

Does The Type Of Bow Effect How Fast The Arrow Travels?

In comparison to these two bows, longbows tend to be slower. This is due to the heavier arrows that are most commonly used with them.

How to Aim a Bow Without Sights