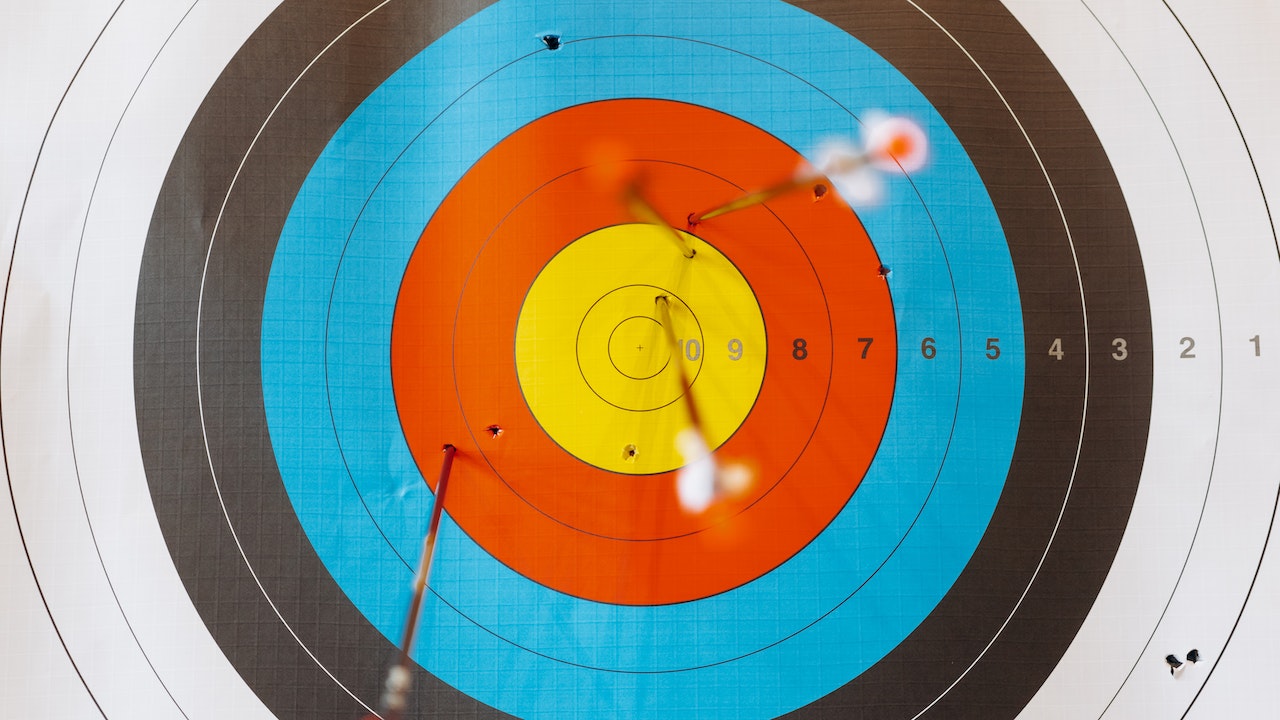 Your legs move into your stance, you nock your arrow, hook your release, and draw your bow. The sight is in place and everything is going well. But, it’s time to aim, and you panic. The sight pin flies over the target in a frenzied mass. And instead of squeezing the trigger, you freeze.

You’re overcome in a moment of panic, a curious mix of discomfort and nervousness. You can’t control your movement and the arrow flies to the side, completely missing the target.

Target panic is more common than you think, but it isn’t the end of the world. It can be beaten.

To cure target panic, there are some practices that you can do. First, shoot and aim without release the arrow. Do this over and over until you can do it without panicking. Next, shoot with your eyes closed, but don’t aim at anything. A back tension release can also help cure target panic.

What Is Target Panic?

Target panic is a psychological condition that affects an archer’s ability to accurately shoot efficiently and accurately. Instead of shooting confidently, they begin to anticipate the shot.

As a result, they lose composure as they draw, especially in the last moments preceding the release.

It’s similar to flinching before firing a firearm.

What Are The Symptoms Of Target Panic?

Target panic manifests itself in many forms. These are the most common symptoms:

Luckily, this is all fixable.

Target panic is all psychological. To fix it, you’ve got to outsmart your subconscious mind.

Doubt slowly starts creeping up on you when you least expect it. For example, when you miss a shot or when people are watching you. And suddenly, as you draw your bow, you freak out. Shooting is no longer a calming experience.

But, don’t worry. Target panic is totally normal and many archers experience it.

How To Beat Target Panic

There are a few things that you can do to get over your fear.

In these two exercises, I want you to focus on what you’re thinking about, not what you’re feeling. Keep the same thought process every time you shoot.

Use words to tell yourself what to do. Break the shot into different steps. If the shot isn’t going as planned, let down your draw.

Relax for a few minutes and try again.

With every perfect shot, ask yourself: what did I do right? What was I thinking?

With that, let me introduce the first exercise: try to aim without shooting.

Get in your normal stance, as you would, and draw your bow. Hold steady on the target, but don’t release the arrow. Do this over and over.

Over time, this will break the habit of the shot anticipation.

The second exercise I want you to do is called blank baling. It’s the process of shooting at a general unspecified target, like a bale of hay, instead of a specific target. This helps archers eliminate the thought of aiming, so they can focus on their form and stance instead.

To do this, stand a few yards away from the target and close your eyes, go through the shot process as you normally would. Don’t worry about aiming and just focus on your form.

Do this over and over until you’re consistently releasing the arrow without panic.

The next thing that you can do is to get a back tension release.

What Is A Back Tension Release?

A back tension release also called a hinge release is a handheld release that fires by rotation.
It removes the aggressive “punch” of a normal trigger and allows the shooter to apply even and steady pressure.

How Does A Back Tension Release Work?

To use a back tension release, archers, rotate the release from their index finger to ring finger. It transfers the weight of the draw to the middle and ring finger, making the shot come as more of a surprise.

The ability to calmly rotate or “squeeze” the trigger is helpful in improving accuracy and relaxing the archer’s nerves.

If you’re not sure which one to get, I recommend this one from Amazon. It’s unbeatable for the price.

Target panic is a serious mental block that many archers space on a consistent basis. Hopefully, this article was able to help you. And with proper practice, you’ll be shooting perfectly in no time.

I believe in you!

What Archery Equipment Do I Need?