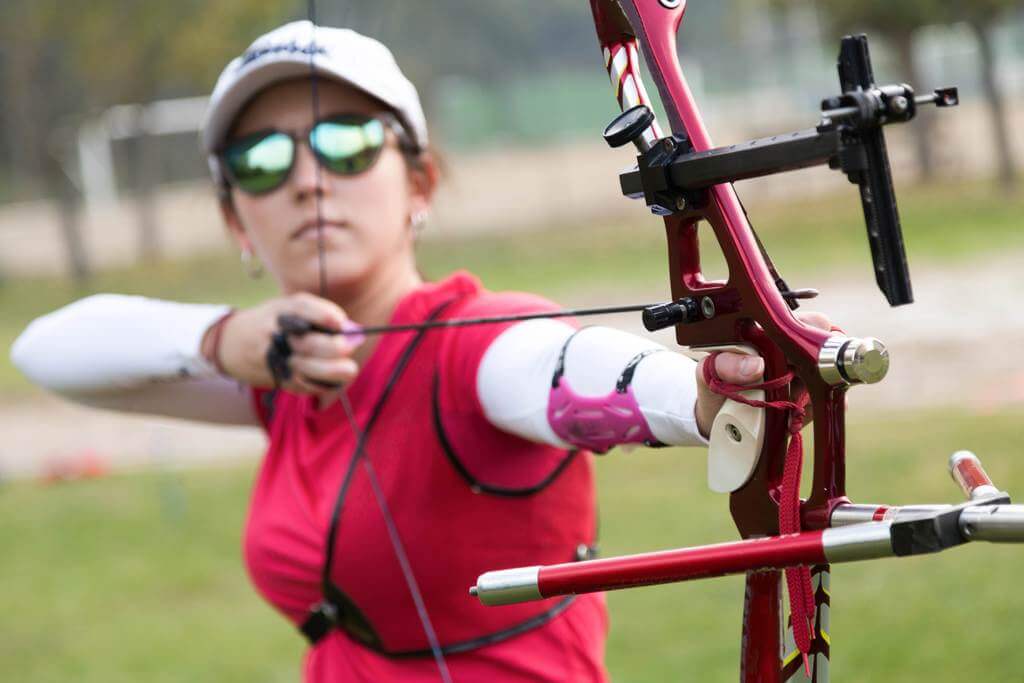 Bow releases are a critical piece of equipment and can be fun to use. Perhaps you’ve used them with a compound bow or maybe you want to try them out in the future. But can you use them with a recurve bow?

If you’re shooting for personal reasons, it is perfectly acceptable to use a bow release on a recurve bow. However, if you’re shooting in competitions, there may be some restrictions. You may be forced to enter another class or not be allowed to use them all together.

Now, you may be wondering whether there are some pros and cons to using a bow release on a recurve bow. I’ll walk you through everything you’ll need to know.

How Do Bow Releases Work?

Can You Use A Bow Release On A Recurve?

It is perfectly acceptable to use a bow release on a recurve bow.

Another reason is that release aids function differently on a recurve, compared to a compound bow. When using a release aid on a recurve, the release itself will be easier. However, it doesn’t make the draw and hold easier.

When using a compound bow, the release will lighten the draw, so you can focus on aiming. With a recurve bow, you’re holding the entire weight of the draw.

While, most archers don’t use a release, there are plenty of benefits of using one.

Are There Any Benefits To Using A Bow Release?

There are a lot of benefits to using a bow release with a recurve bow. Including, but not limited to:

If you have had past injuries, a bow release might be perfect for you. Archery is physically demanding, so like many sports, it is very common for people to sustain injuries. Excessive wrist pain from shooting too much can be lessened with a bow release.

Target panic is a psychological condition that affects how well archers can shoot. Instead of following through with a shot, archers freak out at the last moment.

Target panic can affect archers in a variety of different ways. For example, they may panic and shoot arrows without aiming. They may be unable to fully draw their bow or fully follow through with their shot. They may also have a hard time holding steady.

Target panic can begin when an archer starts to anticipate the shot. It is similar to when someone flinches before shooting a firearm.

Luckily, bow releases are very helpful for curing target panic. The release makes the shot come as more of a surprise, lessening the archer’s anxiety and panic.

Do You Need A Specific Bow Release For A Recurve?

You do not need a specific bow release for a recurve bow. Any release that you use with your compound bow will work with a recurve as well.

What Types Of Bow Releases Work On A Recurve?

The types of bow releases that work on a recurve bow include, but are not limited to:

Whether or not you use any of these is mainly down to personal preference. If you’re not sure what you’d like, try out as many different releases as you can. Eventually, you’ll find one that you like and that works for you.

How To Use A Bow Release On A Recurve

Shooting an arrow with a bow release is very simple. Just follow these simple steps:

Congratulations, you’ve just shot a recurve bow with a release!

Can You Use A Bow Release In Competitions?

Whether or not you can use a bow release depends on the rules of the individual competition. Some may let you shoot with a release but put you in a different class such as freestyle or bowhunter.

It is important to note, that if this happens, you’ll probably be competing with far more advanced equipment.

They’ll have the most powerful bows, the latest bow sights, and more. Therefore, it will be harder to win.

Other competitions won’t let you use a recurve in the first place. According to the USA Archery rules, only recurve bows can be used at the Olympics, but they don’t allow the use of electronics or release aids.

3 Best Broadheads for Turkey Hunting in 2023