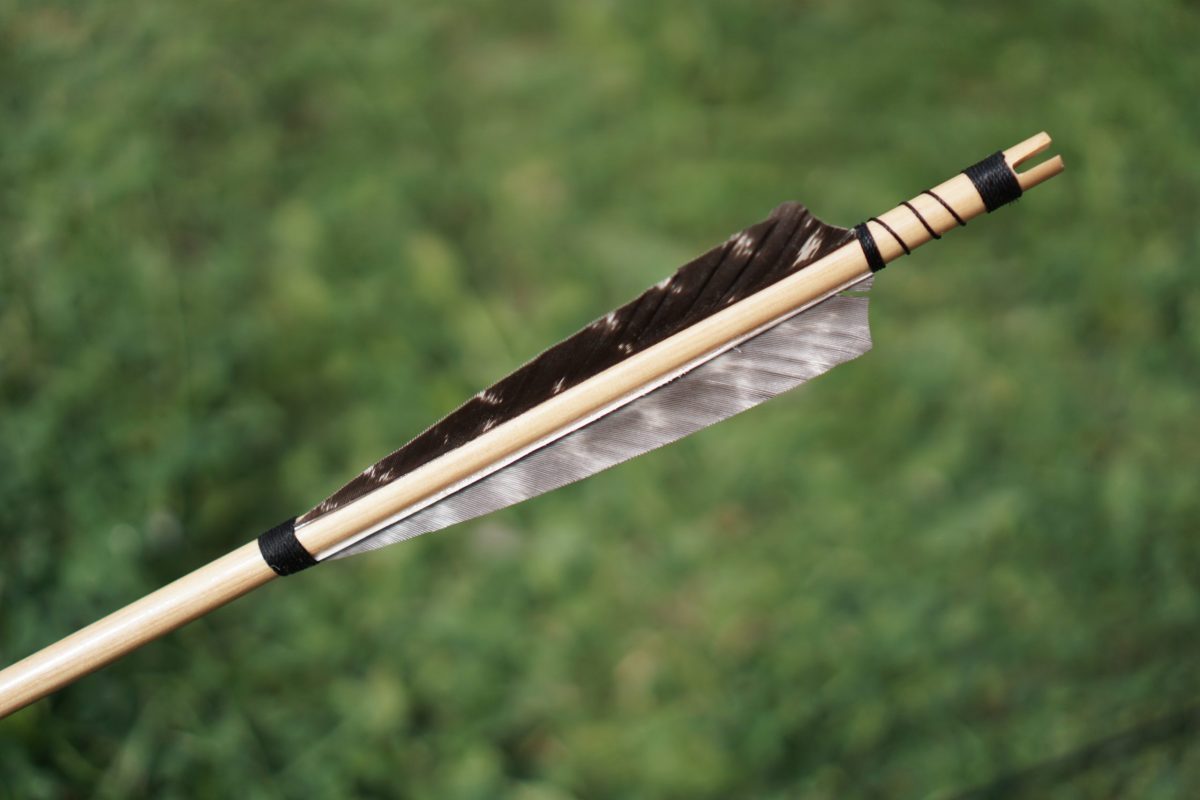 You may have heard the saying “straight as an arrow”. It is commonly used, but did you know that it isn’t entirely true? When an arrow is shot from a bow, it bends and twists in the air, as opposed to staying completely straight. As it gets closer to its target, this lessens, but this is not something that is apparent to the human eye.

When an archer releases the bowstring, an uneven distribution of energy is applied on the arrow. More kinetic energy is transferred to the back, compared to the front. As a result, because the arrow cannot leave immediately, some of the energy is absorbed by bending.

Why Do Arrows Bend?

When an archer fires their bowstring, the string snaps back into its resting position and puts a lot of pressure on the back of the arrow. This movement transfers a great amount of kinetic energy to the shaft, or body, of the arrow through the nocking point, the place where the arrow attaches to the string.
Of course, this puts more pressure is put on the back of the arrow, creating an uneven distribution of energy. The arrow can’t react to all of this energy equally, so different parts of the arrows are put in motion at different times.

The back of the arrow is the first part to receive energy from the string, so it moves faster than the front of the arrow. Because the arrow is unable to leave the bow as soon as the string pushes on the back, it starts to absorb some of the energy by bending. This bending is minimal, but it becomes apparent through continued shooting. 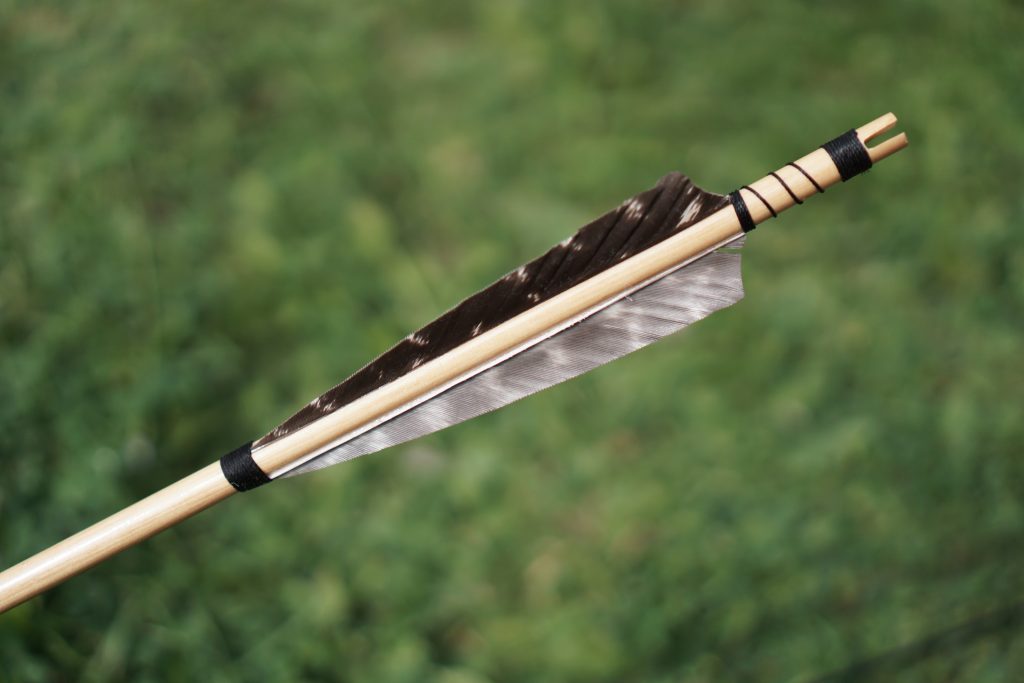 How Does An Arrow Move In Flight?

Every arrow has two points that do not move while in flight, one in front and one in the back. These two parts are referred to as the “nodes” of the arrows. Nodes are points on the shaft of the arrow that remain in the same place while everything else bends.

If you were to draw a straight line between these two points, you would be able to see where the arrow is heading.

What Is The Archer’s Paradox And How Does It Relate To Bent Arrows?

Bending is known as the “archer’s paradox” and it happens when the arrow is released from the bow. The forward thrust of the bowstring causes the body of the arrow to bend in one direction. In order to minimize the effects of this phenomenon, it is crucial to match spine strength to the draw weight of the bow.

Which Way Do Arrows Bend When Shot From A Recurve Bow?

Arrows shot from a recurve bow have a bend that is horizontal, to the left and right. This is caused because the bowstring has to get around the archer’s fingers to get back to its resting position.

This is the reason why recurve archers need to use a pressure button to ensure that the arrow passes the riser, without travelling to the sides.

Which Way Do Arrows Bend When Shot From A Compound Bow?

Arrows bend differently when shot from a compound bow, as compared to with a recurve bow. With a compound bow, there is little to no horizontal influence because your fingers don’t directly touch the string. Rather, there’s mechanical releases that remove the horizontal left-right wiggle.

Instead, arrows shot from a compound bow only have a vertical influence. This is because, besides the bottom of the arrow, the only part that comes in contact with it is the vertical bowstring. 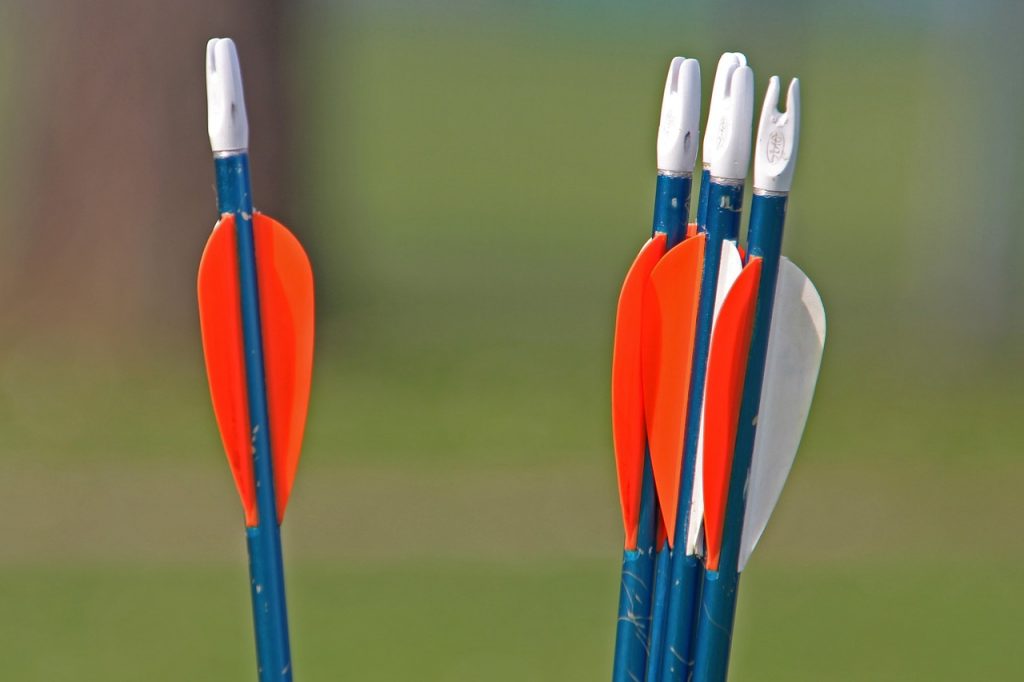 Yes, fledglings can reduce how much an arrow bends. Fledglings, or vanes, are the aerodynamic panels used in the back of some arrows. Vanes are helpful in reducing bending because they slow down the speed of the back of the arrow, which is travelling the fastest. This reduces vertical and horizontal wiggle, as well as adding extra weight and stabilization.

The most common types of arrow materials are aluminum and carbon. You might also see hybrid arrows, made of both of these materials, and tradition wooden arrows.

Aluminum arrows offer great accuracy, but are more prone to bending. However, they offer an economical price tag compared to other types of arrows.
Carbon arrows, on the other hand, are more durable. They last longer than aluminum arrows, on average. They are a bit pricer, but I think that their quality and durability makes them worth it.

Hybrid arrows are usually made of aluminum and carbon, so they offer the best of both worlds, quality-wise. They offer the best characteristics of both materials, making them a great choice when it comes to accuracy and durability.
Traditional wooden arrows, on the other hand, are generally less durable and may be dangerous if used with modern bows. However, they are relatively inexpensive and are perfect for bows with lower draw weights.

How Can You Tell If An Arrow Is Prone To Bending?

In order to determine whether an arrow is prone to bending, you must look at the arrow spine. The spine of an arrow is the measurement of the amount of flex that an arrow has. When you purchase an arrow, this number is usually on its label.

The Beginner’s Guide to Crow Hunting